Creatine is a compound that can be readily produced by the body. The primary role of creatine is to act like a battery for quick energy by recycling ATP (the energy molecule) in brain and muscle. Creatine also acts as a pH buffer in tissues. Creatine is not required in the diet, and creatine deficiency does not occur, except in individuals with three specific defects in creatine biosynthesis or transport, two of which (AGAT and GAMT deficiencies) are very rare, and one, creatine transporter deficiency (CTD), which accounts for between 1-2% of males with intellectual disability, as well as rare cases of ASD. In those disorders, signs of creatine deficiency generally presents as brain dysfunction, including intellectual disability/developmental delay, ADHD, ASD, and/or seizures. Creatine supplementation is effective in many, but not all, of children with these conditions. Specialized laboratory testing is required to diagnose disorders of creatine biosynthesis. Side effects are rare at usual doses used in supplementation for brain disorders, which is less than that employed by many body builders. 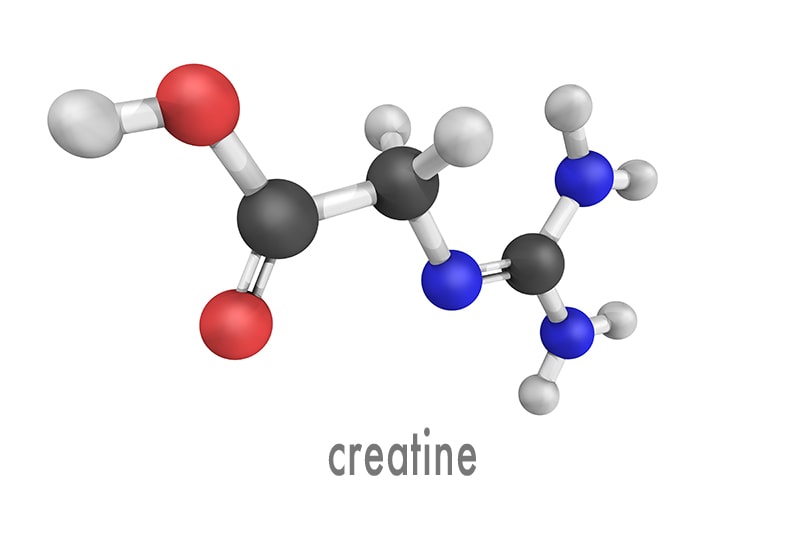 The primary rational to adding creatine to Spectrum Needs is in an attempt to increase brain bioenergetics. A secondary reason is to treat a possible disorder of creatine biosynthesis or transport, which may be present yet unrecognized. Side effects are unexpected.

What Is Creatine? Creatine is a compound that can be readily produced by the body and is not required in the diet, except in individuals with uncommon defects in creatine biosynthesis.

What Does Creatine Do? The primary role of creatine is to facilitate the recycling of adenosine triphosphate (ATP), the energy currency of the cell. Creatine is converted to phosphocreatine in the liver and kidneys, and transported to other organs where it acts like a battery for quick energy, especially in the high energy-requiring tissues of muscle and brain. In this process, the phosphate group of phosphocreatine is donated to adenosine diphosphate (ADP) to make ATP, which also regenerates creatine. Cells obtain energy for a wide variety of purposes by releasing the stored energy in ATP, producing ADP and phosphate. The creatine is returned to the liver and kidneys to be recharged with energy by conversion again to phosphocreatine. Creatine also acts as an acid-base (pH) buffer in tissues.

What Does a Creatine Deficiency Appear as? Creatine biosynthesis is adequate for needs, and creatine deficiency does not occur, except in individuals with three different defects in creatine biosynthesis or transport. In those disorders, signs of creatine deficiency generally presents as brain dysfunction, including intellectual disability/developmental delay, attention deficit hyperactivity disorder (ADHD), ASD, and/or seizures. One of the 3 genetic conditions, creatine transporter deficiency (CTD), also known as X-linked creatine deficiency, is not rare, and has been estimated to account for between 1-2% of males with intellectual disability. The other two conditions, arginine:glycine amidino transferase (AGAT) and guanidinoacetate methyltransferase (GAMT) deficiencies, are very rare.

What About Creatine‘s Use in Autistic Spectrum Disorders (ASD)? The above three creatine deficiency disorders are rare in ASD, but several cases have been reported (https://www.ncbi.nlm.nih.gov/pubmed/23622406). Creatine supplementation reverses all or some of the disease manifestation in children with AGAT and GAMT deficiencies, and in some individuals with CTD. Beyond these conditions, some experts have observed anecdotal clinical improvement in a subset of their patients with ASD in general, prompting them to recommend creatine in their ASD patients.

What About Creatine‘s Use in Other Conditions? Creatine supplements are in wide use by athletes and bodybuilders. Creatine is often thought to increase strength and lean muscle mass, and to assist muscle to recover more quickly during exercise. Creatine is most effective in high-intensity training and burst performance.

What Are the Common and/or Important Side Effects of Creatine? Body building dosages of creatine in adults is typically about 10 grams a day, and that dose is in wide usage. High dosages of creatine supplements rarely can lead to kidney and/or liver dysfunction in susceptible individuals. Edema is another potential side effect. Doses of 3 to 5 grams or less a day are generally considered to be safe in adults, and side effects are rare.

Is There Any Laboratory Testing for Creatine? Specialized laboratory testing can measure creatine and guanidinoacetate (the immediate precursor to creatine) levels in blood, and diagnose AGAT and GAMT deficiencies. However, CTD has normal creatine levels in blood, and decreased levels are only noted in brain. Testing for this condition includes urine creatine (may be elevated in CTD), and brain magnetic resonance spectroscopy (available on some MRI machines).

How and Why is Creatine Used in Spectrum Needs