COENZYME Q10 (ALSO KNOWN AS COQ10, VITAMIN Q, OR UBIDECARENONE, INCLUDING THE VARIETIES OF UBIQUINONE AND UBIQUINOL)

Coenzyme Q10 (coQ10) is an essential compound found in every cell of the body. CoQ10 is an electron carrier in the respiratory chain, which is the ultimate pathway in carbohydrate, fat, and protein metabolism, whereas about 95% of the energy for the body is produced. It also functions as an antioxidant, which protects the body from damage caused by harmful molecules. Although our bodies can manufacture CoQ10, deficiency can result from mutations in any of the 12 required genes, whereas it presents as mitochondrial disease. Statin drugs used to lower blood cholesterol levels inhibit the biosynthesis of coQ10. Some chronic conditions, especially those involving mitochondrial function, can increase the demand for coQ10 in the body, leading to deficiency. CoQ10 is generally present in only small amounts in foods, which leads many physicians to recommend supplementation. CoQ10 is sometimes recommended for treating a wide range of conditions, especially those associated with mitochondrial dysfunction, including functional (e.g. migraine, cyclic vomiting, chronic fatigue, anxiety, and depression), neurodevelopmental (e.g. autism, ADHD, and epilepsy), and cardiac (e.g. post cardiac surgery, hypertension on statin drugs) conditions. Given the above and its tolerability (side effects are rare and mild), many expert physicians recommend coQ10 in their patients with these and many other conditions. The two forms of coQ10, ubiquinone and ubiquinol, can easily be interchanged by the body. Ubiquinone is more clinically tested form and the form present in most dietary supplements. Ubiquinol may have better absorbance from the gut, and better penetration from blood to brain. In Dr. Boles’ experience, ubiquinol is vastly superior to ubiquinone in terms of obtaining therapeutic blood levels and decreasing disease symptoms.

What Is Coenzyme Q10? Coenzyme Q10 (coQ10) is a fat-soluble compound found in every cell of the body. While it is an essential compound, it can be produced in small amounts by humans, and thus is not a true vitamin.

What Does Coenzyme Q10 Do? CoQ10 is an electron acceptor in the respiratory (electron transport) chain, which is the ultimate pathway in carbohydrate, fat, and protein metabolism, whereas about 95% of the energy (ATP) for the body is produced. It also functions as an antioxidant, which protects the body from damage caused by harmful molecules.

What About Coenzyme Q10‘s Use as a Supplement? Some chronic conditions, especially those involving mitochondrial function, can increase the demand for coQ10 in the body, leading to deficiency. CoQ10 is generally present in only small amounts in foods, which leads many physicians to recommend supplementation. CoQ10 is sometimes recommended for treating a wide range of conditions, especially those associated with mitochondrial dysfunction, including functional, neurodevelopmental, and cardiac conditions. Functional conditions involve anomalous symptomatology from disease of the nervous system, and include migraine, fibromyalgia, other pain conditions, cyclic vomiting, irritable bowel, gastroparesis, chronic fatigue, and dysautonomia. Studies have demonstrated benefits of coQ10 in migraine, cyclic vomiting, fibromyalgia, and chronic fatigue syndrome, among others. Anxiety, depression, and panic disorder are also considered functional, and sometimes improve as well with coQ10. Neurodevelopmental disorders include autism, ADHD, intellectual disability, and epilepsy. In one study on autism, significant improvements were noted in communication skills, playing with friends, sleeping, and food acceptance with coQ10 supplementation to plasma levels above 2.2 mg/L

Probably the most common usage of coQ10 is in cardiac conditions, including recovery from post cardiac surgery. CoQ10 is often recommended in individuals taking statin drugs to lower cholesterol. CoQ10 is also said to boost energy and speed recovery from exercise, and to slow down some effects of aging.

What Form of CoQ10 is Best? CoQ10 comes in two forms, ubiquinone, the oxidized form, and ubiquinol, the reduced antioxidant form. Both forms can easily be processed into the other by the body through either the loss or gain of electrons. Ubiquinone is the original and more clinically tested form, as well as the form that is in most dietary supplements. Many people claim that ubiquinol has better gut absorption and that a much lower dose is required. One study demonstrated that one product of ubiquinol was absorbed five times better than a standard ubiquinone product (https://www.neuroneeds.com/wp-content/uploads/2019/08/CoQH_JFF-2009_KGK-STUDY.pdf). QNeeds® is a private label of exactly the same ubiquinol product used in the above study. Additionally, ubiquinol likely has better penetration into brain, which is a good argument for the use of this form in the nutritional supplementation of individuals with any condition involving the brain.

What Are the Common and/or Important Side Effects of Coenzyme Q10? CoQ10 in either form is generally very well tolerated without side effects. Some parents complain that their children are “over energized”, which is likely a result of improved energy metabolism allowing the child to get into more mischief than before. When this is an issue at bedtime, families have found that taking the second dose at dinner, instead of later, usually suffices.

Is There Any Laboratory Testing for Coenzyme Q10? CoQ10 may be measured in blood (serum or plasma), and this measurement reflects dietary intake and gut absorption rather than tissue status. It is thus useful to determine whether coQ10 supplementation is adequate. When supplementing with coQ10, note that the amount is usually quite low (100 mg) in most commercially-available supplements, and much higher dosages are generally required to arrive at a therapeutic level. Dosing should be discussed with your physician, who may benefit from Dr. Boles’ typical initial dosing of 10 mg/kg/dose or 300 mg/dose (whichever is smaller) provided twice daily. However, QNeeds® is so highly bioavailable that Dr. Boles recommends lower initial dosing, 200 mg/dose twice daily. Dosing is then increased until the blood level exceeds 3-4 mg/L. In addition, gel capsules provide better absorbance than powders. Blood (serum or plasma) coQ10 level is a medical test offered by many laboratories, including Quest and LabCorp. Testing is best done two weeks after starting supplementation, in the morning before taking anything with coQ10 in it (food, QNeeds®, SpectrumNeeds®, EnergyNeeds®, etc.). Contact the laboratory well before arriving as there are special precautions and not all draw centers can correctly process this test. Some specialized centers measure coQ10 levels in cultured skin fibroblasts, muscle biopsies, and/or blood mononuclear cells, which are better indications of coQ10 deficiency states, but not necessarily of substantial routine help in patient management.

Should I Take CoQ10 If I’m Taking SpectrumNeeds® or EnergyNeeds®? While there is quite a lot of coQ10 in both products, it is all in the ubiquinone form since ubiquinol is not stable and bioavailable in a powder form. CoQ10 blood monitoring suggests that this amount is rarely enough, and Dr. Boles generally recommended additional coQ10, as ubiquinol, for his patients, including those taking SpectrumNeeds® or EnergyNeeds®. 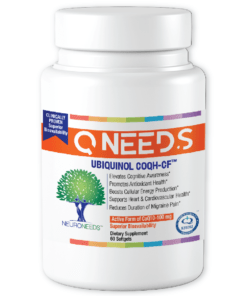 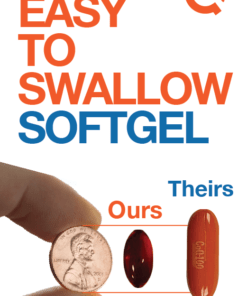 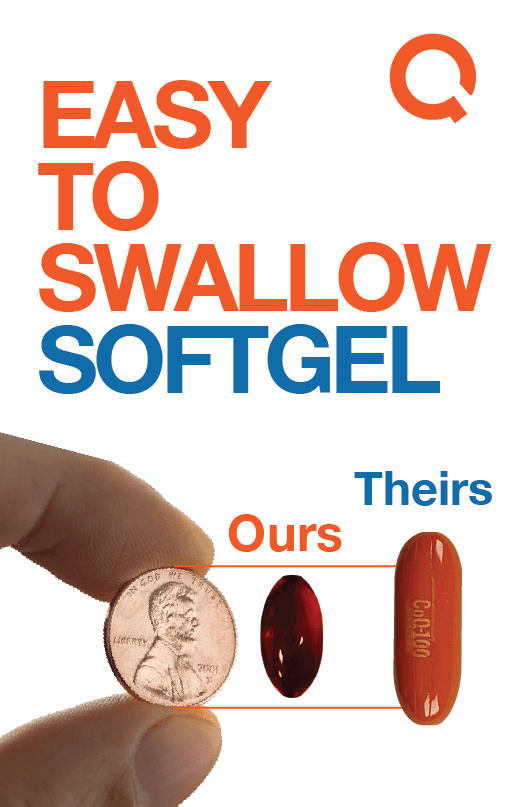