Alpha lipoic acid (ALA) is produced in small amounts by humans, and thus is not a true vitamin. It is an essential cofactor for many enzymes related to energy metabolism, and activates the insulin-signaling cascade to help lower blood sugar. However, its primary use in ASD and in other conditions is as a powerful antioxidant. It the later capacity, in part it serves to regenerate active forms of glutathione, and vitamins C and E following their uses. The role of ALA in the treatment of autism is not well studied, and is mostly driven by the desire to provide mitochondrial support and by its antioxidant properties in ameliorating an underlying metabolic, redox, or mitochondrial condition. ALA is also sometimes recommended for treating a wide range of other neurological conditions. While any supplement taken into the stomach can cause nausea, ALA is well known for this. Due to its effects on insulin metabolism, people with diabetes and/or hypoglycemia should be careful as alpha-lipoic acid might lower their blood sugar. While studies are few, the clinical experience of many expert physicians, and the generally benign nature of ALA supplementation have convinced some experts to offer ALA supplementation to their patients with an ASD, especially in those with signs of mitochondrial dysfunction.

What is Alpha Lipoic Acid?

Alpha lipoic acid (ALA) is a fatty acid that acts as a strong antioxidant. While it is an essential compound, it can be produced in small amounts by humans, and thus is not a true vitamin.

What does Alpha Lipoic Acid do? 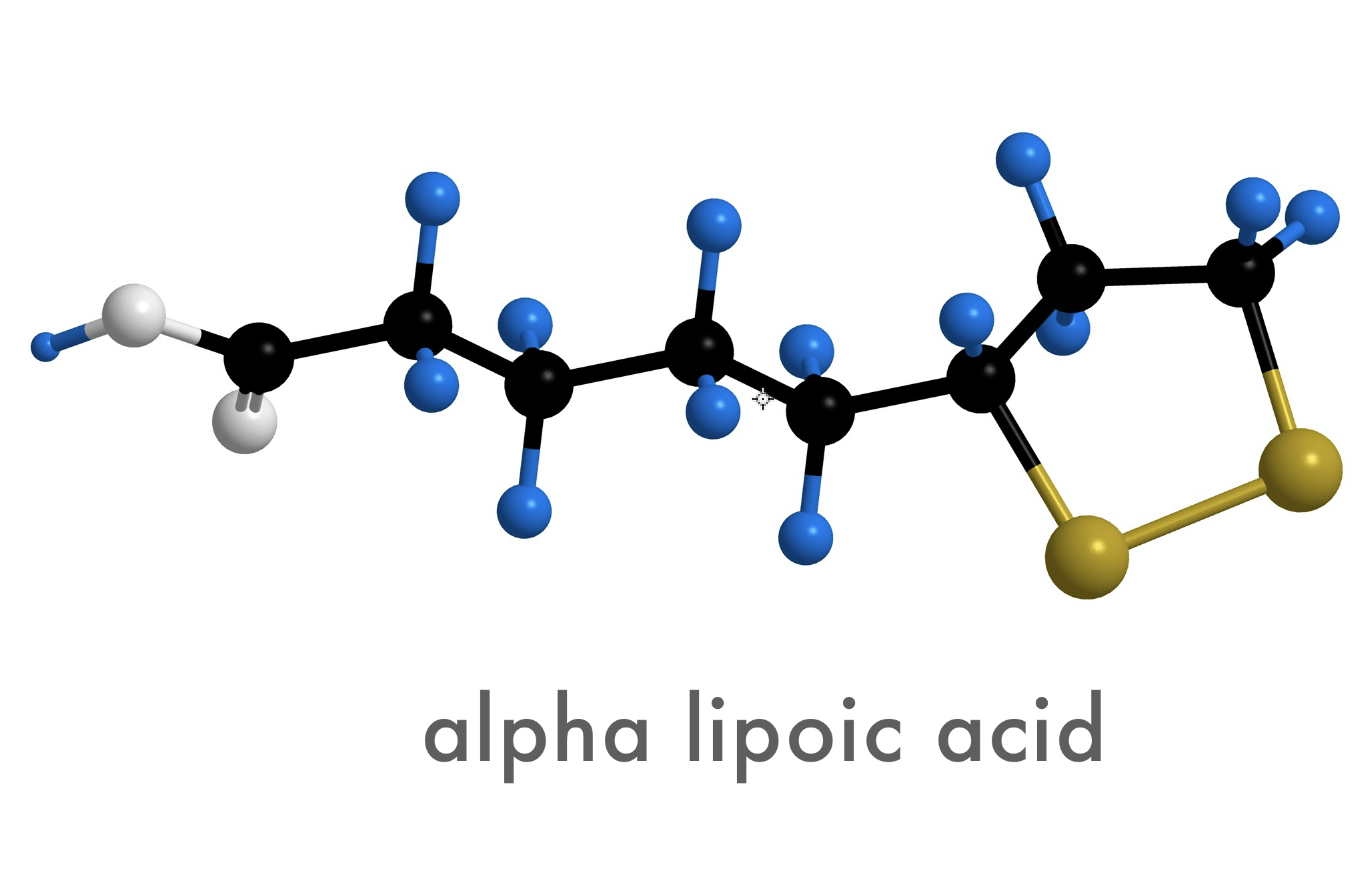 Alpha lipoic acid is an essential cofactor in the pyruvate dehydrogenase enzyme complex that is a critical step in carbohydrate metabolism. ALA is also a required cofactor for enzymes in the Krebs cycle, and in the metabolism of branched-chain amino acids and glycine. ALA has been found to activate the insulin-signaling cascade and increase glucose uptake in cultured fat and muscle cells. It main interest as a supplement, however, is that of a powerful antioxidant. It the later capacity, it serves to regenerate active forms of glutathione, and vitamins C and E following their uses.

What does anAlpha Lipoic Acid deficiency appear as?

Alpha lipoic acid is synthesized by human cells, and deficiency of this nutrient is unknown, except in rare metabolic disorders affecting enzymes in ALA biosynthesis, whereas it presents as mitochondrial disease (https://www.ncbi.nlm.nih.gov/pubmed/24777537).

What about Alpha Lipoic Acid’s use in Autistic Spectrum Disorders (ASD)?

What about Alpha Lipoic Acid’s use in other conditions?

Alpha-lipoic acid supplements have been used in Europe and elsewhere for certain types of nerve damage, especially that related to diabetes. Several studies have shown that ALA can improve insulin resistance. There is some data that long-term use of alpha lipoic acid might help with oxidative damage related to aging (including its use in skin creams). Other uses include in Amanita mushroom poisoning, glaucoma, retinal disorders, cataracts, kidney disease, migraines, memory loss, chronic fatigue syndrome, cancer, liver disease, cardiovascular diseases, HIV/AIDS, Lyme disease, and obesity.

What are the common and/or important side effects of Alpha Lipoic Acid?

While any supplement taken into the stomach can cause nausea, alpha lipoic acid seems to be a frequent offender. Thus, medical care providers often recommend a lower dose at first, which is increased over time. Due to its effects on insulin metabolism, people with diabetes and/or hypoglycemia should be careful as alpha-lipoic acid might lower their blood sugar.

Is there any laboratory testing for an Alpha Lipoic Acid Deficiency?

Testing is neither generally available nor of apparent clinical utility outside of consideration of a metabolic defect in ALA biosynthesis.

Because of the potential for nausea, the dosage of ALA in Spectrum Needs (150 mg a day in adults) is lower than the 400 mg a day in adults often recommended for mitochondrial disease. Thus, you may wish to speak to your health care provider regarding additional ALA supplementation beyond Spectrum Needs if your child has been diagnosed with a proven or suspected mitochondrial disorder.

How and why Alpha Lipoic Acid is used in Spectrum Needs

ALA is added in order to provide a wide basis of nutrition, especially given its important role in energy metabolism, and for its antioxidant properties in ameliorating an underlying defect of redox/ROS/free radical metabolism or mitochondrial dysfunction. Because of frequent nausea and the potential for toxicity, Spectrum Needs relatively low dose of ALA. Side effects are unexpected at these dosages.