Carnitine (also known as L-carnitine or levocarnitine) is naturally produced by our bodies. It is also an important component of a healthy diet, particularly in young children, people under stress, and in people with many metabolic and mitochondrial disorders. Carnitine ferries long-chain fatty acids into mitochondria, and thus is essential for fat metabolism. Carnitine also plays a detoxifying role by ferrying incompletely oxidized fatty acids, organic acids, and other metabolic intermediates out of the mitochondria, so that they can be excreted. Severe carnitine deficiency results in a fatal, infantile-onset, metabolic disorder resulting in weakness to the heart muscle and skeletal muscles, and disease is reversible with carnitine supplementation. Children and adults with lesser degrees of carnitine deficiency can present in many ways, but fatigue and muscle weakness are common. Several published studies have shown positive effects of carnitine supplementation in individuals on the autistic spectrum, including a reduction in autistic behaviors. Since carnitine supplementation has few side effects, many experts do offer carnitine supplementation to their patients with an ASD. Acetylcarnitine (sometimes called acetyl-L-carnitine or ALCAR) is a form of carnitine that can more easily cross membranes, such as to be absorbed into the blood from the gut. Because of an increased ability to cross the blood-brain barrier, acetylcarnitine is sometimes used for a variety of brain disorders. Side effects of carnitine or acetylcarnitine are few, including nausea, diarrhea and/or a fish-like odor, generally at higher dosing. Laboratory testing can in many cases be helpful in terms of optimizing carnitine supplementation, as levels of free carnitine in the blood over 30 to 40 mcmole/L are associated with improved outcomes. 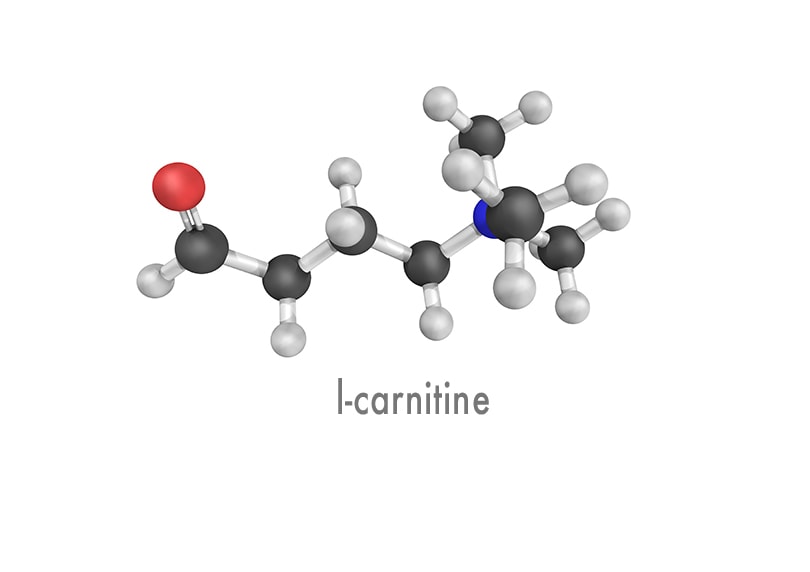 Opinions vary in terms of whether carnitine or acetylcarnitine is better for patients with ASD, thus SPECTRUM NEEDS contains both in equal amounts. Side effects are not anticipated for the doses present in SPECTRUM NEEDS. Your health care provider may want to order blood carnitine levels to determine whether the blood level on SPECTRUM NEEDS is adequate for your child. Suboptimal blood levels may be present in individuals with certain metabolic defects.

What Is Carnitine? Carnitine is chemically an amino acid, but it is not one of the 20 plus amino acids that comprise proteins. The bioactive stereoisomer (the type that works in the body) of carnitine is the L form, which is what is found in supplements, so the compound is also known as L-carnitine or levocarnitine. Carnitine is naturally produced by our bodies; thus, it is technically not a vitamin.

What Does Carnitine Do? The primary purpose of carnitine is to act as a ferry to carry long-chain fatty acids across the inner mitochondrial membrane. The vast majority of fat in our diet, and that stored in our bodies, is long chain, and these fat molecules cannot get into the mitochondria, where they are oxidized (metabolized, used, burned), without carnitine. Fat is the major source of stored energy in our bodies and in the animals that make up much of our diets. Thus, carnitine is essential for fat metabolism, and helps the body to produce energy.

What Does a Carnitine Deficiency Appear as? While our bodies can make carnitine, our bodies do not always make enough carnitine, and it is an important dietary component. In particular, carnitine from the diet is needed in young children, people of all ages under substantial stress (such as illness), and in people with many metabolic and mitochondrial disorders. Children with severe defects in the protein that transports carnitine across cell membranes have severe carnitine deficiencies due to excessive losses of carnitine by the kidneys. The result is a fatal, infantile-onset metabolic disorder resulting in weakness to the heart muscle (cardiomyopathy) and the skeletal muscles. High doses of carnitine essentially prevent all signs of the illness. Children and adults with lesser degrees of carnitine deficiency can present in many ways, but fatigue and muscle weakness are common.

What About Carnitine‘s Use in Other Conditions? Carnitine is often supplemented in a variety of conditions, including multiple metabolic and mitochondrial disorders, as well as in people taking valproate (Depakote), as it depletes carnitine.

What Form of Carnitine is Best? Acetylcarnitine (sometimes called acetyl-L-carnitine or ALCAR) is a derivative (form) of carnitine that provides a good source of carnitine for the body. The addition of the acetyl group to carnitine makes this product more bioavailable, meaning it can more easily cross membranes to be absorbed from the gut to the blood, and from the blood to the brain. Expert opinions vary in terms of whether L-carnitine or acetyl-L-carnitine is better for patients with ASD, and good arguments can be provided on both sides. Dr. Boles has managed families that appear to do better on L-carnitine or acetyl-L-carnitine. The answer likely lies in part with differing genes in which sequence variation predisposes towards the development of ASD in different individuals.

What Are the Common and/or Important Side Effects of Carnitine? In Dr. Boles’ experience in treating hundreds of patients with L-carnitine, side effects are few. The most-common side effects are GI, especially nausea, diarrhea, and a fish-like odor. Nausea and diarrhea can occur at higher dosages, but are rare at moderate dosing. Carnitine can make the stools looser, and in fact, carnitine at high dosage is often helpful in treating constipation. A fish-like odor is common at very-high dosing, but again is quite rare at moderate dosage. Oftentimes, this odor resolves with riboflavin supplementation.

Is There Any Laboratory Testing for a Carnitine Deficiency? Laboratory testing can in many cases be helpful in terms of optimizing carnitine supplementation. Dr. Boles has observed that free (unbound) carnitine levels in the blood over 30 to 40 mcmole/L are often associated with an improved outcome. In addition, incompletely oxidized fatty acids attached to carnitine can be measured in the blood by a test called a “plasma acylcarnitine profile”. Sometimes, this test can be useful to better understand the specific metabolic abnormalities in an individual, and to make the corresponding adjustments to diet or other aspects of therapy. This test is often more helpful in a person on carnitine supplementation.

What About Additional Dosing Beyond SPECTRUMNEEDS?

Blood carnitine levels should be in the desired range on this moderate dosing, but may not be in the case of certain metabolic disorders. Your health care provider may want to order blood carnitine levels on your child a couple of weeks or more on SPECTRUM NEEDS to ensure that the blood level is adequate for your child, and to recommend adding additional supplementation if otherwise.

How and Why is Carnitine Used in Spectrum Needs