Vitamin E is not a single compound, but the name refers to a group of fat-soluble compounds that includes four different tocopherols, including gamma (γ)-tocopherol, the most common form found in the diet, and alpha (α)-tocopherol, the most biologically active form. Vitamin E is a powerful antioxidant. Vitamin E deficiency occurs mostly with fat malabsorption. Symptoms are mostly neuromuscular, including unsteady walking, loss of coordination, peripheral neuropathy, retinal disease, muscle weakness, and eye muscle weakness, although liver dysfunction, immune impairment and hemolytic anemia can also occur. The role of vitamin E in the treatment of autism is not well studied, and is mostly driven by the desire to provide adequate nutrition and by its antioxidant properties in ameliorating an underlying metabolic, redox, or mitochondrial condition. Vitamin E is also sometimes recommended for treating a wide range of other neurological conditions, cardiovascular disease, and many other conditions. Most “vitamin E” supplements consist of only alpha-tocopherol, however, the other tocopherols have their own unique biological properties. Vitamin E is fat-soluble, potentially toxic at moderate dosages, and can result in nausea in children at usual doses used in supplementation. 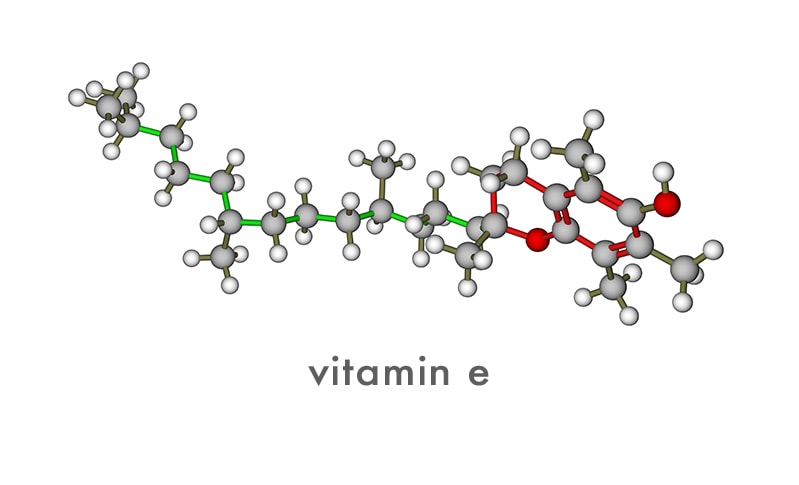 Vitamin E is added in order to provide a wide basis of nutrition, and for its antioxidant properties in ameliorating an underlying defect in redox metabolism or mitochondrial dysfunction. In Spectrum Needs, two-thirds is alpha-tocopherol and the remaining comprised of mixed tocopherols. In order to prevent nausea and toxicity, Spectrum Needs contains a low dose of vitamin E, whereas side effects are unexpected.

What Is Vitamin E? Vitamin E is not a single compound, but the name refers to a group of fat-soluble compounds that includes four different tocopherols and four different tocotrienols. Among this group, gamma (γ)-tocopherol is the most common form found in the North American diet, while alpha (α)-tocopherol is the second-most common form and the most biologically active form of vitamin E.

What Does Vitamin E Do? Vitamin E is a powerful antioxidant, in that it interrupts the propagation and damage of reactive oxygen species. In particular, alpha-tocopherol protects cell membranes from oxidation by reacting with lipid radicals. It is also a scavenger of peroxide. Additionally, vitamin E plays a role in eye, neurological function, and in the inhibition of platelet coagulation, but it is not clear if these roles are separate from or served by its antioxidant functions.

What About Vitamin E‘s Use in Other Conditions? The antioxidant properties of vitamin E are sometimes recommended for treating neurological conditions, including Alzheimer and other dementias, Parkinson disease, Huntington chorea, night cramps, restless leg syndrome, and epilepsy. Vitamin E is also sometimes used for cardiovascular disease including high blood pressure, diabetes and its complications, cancer prevention, cataracts, pre-eclampsia and other late-pregnancy complications, symptomatology related to the menstrual cycle, and many other conditions. Some people apply vitamin E to their skin to keep it from aging and to protect the skin against the effects of chemotherapy.

What Form of Vitamin E is Best? Most “vitamin E” supplements consist of only alpha-tocopherol, the main biologically active form of vitamin E. However, the other tocopherols (beta-, gamma-, and delta-) have their own unique biological properties. Tocotrienols are generally not supplemented as they are less biologically active, less bioavailable from supplements, and less well understood.

What Are the Common and/or Important Side Effects of Vitamin E? Vitamin E is fat-soluble, and thus there is the risk of accumulating toxicity (hypervitaminosis E) with high-dose supplementation. Regular consumption of more than 1,000 mg (1,500 IU) of tocopherols per day is likely to lead to toxicity. Furthermore, vitamin E supplementation may be harmful in older healthy adults (https://www.ncbi.nlm.nih.gov/pubmed/22419320). The United States and European Union have reviewed safety and set an upper limit of vitamin E at 300 mg (450 IU) per day. Antioxidant dosages of vitamin E in stand-alone and combination products typically range from 100 mg (150 IU) to 400 mg (600 IU). Furthermore, these moderate “antioxidant” dosages of vitamin E (alpha-tocopherol) oftentimes induce nausea in children with ASD, at least upon starting therapy. On the other hand, vitamin E is a powerful antioxidant and a required nutrient.

How and why Vitamin E is used in Spectrum Needs

Vitamin E is added in order to provide a wide basis of nutrition, and for its antioxidant properties in ameliorating an underlying defect of redox/ROS/free radical metabolism or mitochondrial dysfunction. In Spectrum Needs, two-thirds of vitamin E is provided by alpha (α)-tocopherol, the most bioactive form, with the remaining one-third comprised from the other tocopherol forms (“mixed tocopherols”). Because of frequent nausea and the potential for toxicity, the dose of vitamin E in Spectrum Needs is low, at 33 mg (50 IU) for alpha-tocopherol, and 50 mg (75 IU) for tocopherols in total. Side effects are unexpected at these dosages.